About a year ago, I realized that work travel was going to become a part of life for me. While it was all still new and exciting, I decided to take a photo of myself every night I was in a hotel room, for a year. I didn’t necessarily have a strong direction at the time, and I don’t know if I really found one until late in the year. But now that I have them all together, I can see a record of the arcs of what I felt, and where I was, and even in some cases, how much desire I had to put any effort into documenting it.

I made a decision early on (somewhat on accident) to not include places I stayed that weren’t my house but weren’t hotels. In hindsight I wish I had included them, and will this year if I continue this.

At SXSW, when work travel was new. 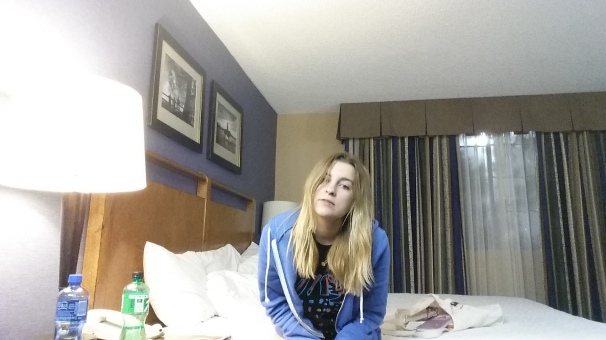 Decided to stay in that night after getting rained on.

That trip they made fun of for having a physical book.

In the mirror of some room in San Francisco. 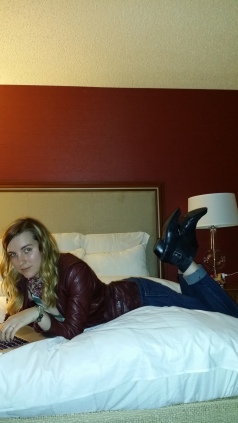 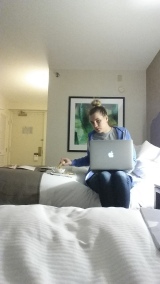 Working and eating in LA. 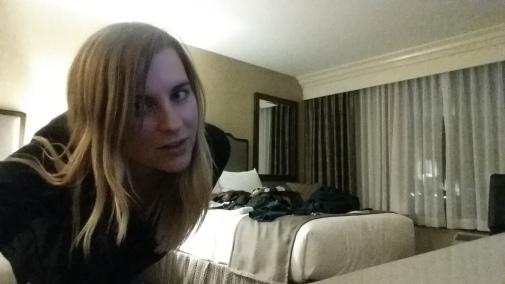 This was about the point that I really firmly decided that I would keep doing hotel selfies all year.

Waking up in New York. 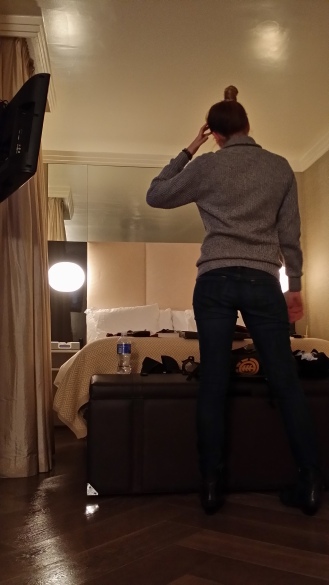 Cross dressing at H&M in NY.

I must have been excited to be at Pax East. 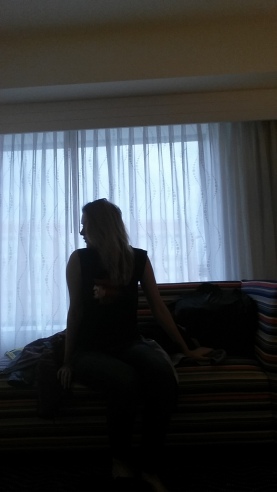 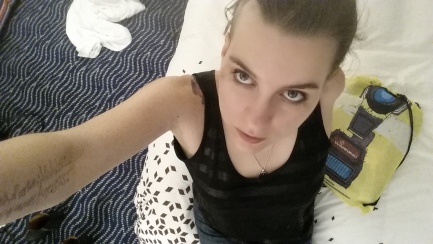 This Claptrap bag was the big swag item we had at Pax East. He’s now become my reliable travel laundry bag.

In a cabin near Glen Rose, for Thom’s birthday. With all three dogs.

Meek looking out the window.

Days to do nothing.

In LA for E3. This is how you know you made it.

That odd hotel room in the Figeroa.

I think I took this picture originally to send to Thom, because I was happy that we got staff shirts that fit me. I hadn’t yet got really into trying to be artistic with my shots, every time yet. 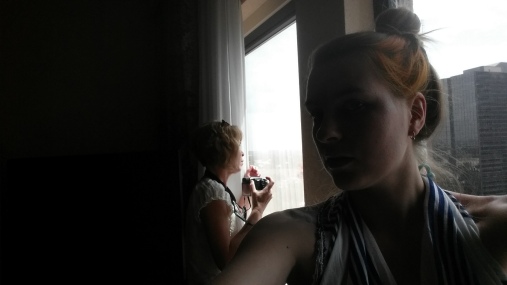 This is one of my favorites from the year, for looking cool, and being representative of what was going on. This is on a roadtrip through Texas with my mom, for her 50th birthday, and my 30th. 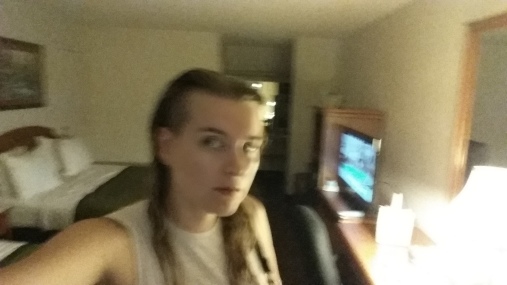 Well.. we can’t be artsy all the time. This is what you get when you don’t check your shots.

I think this is San Diego Comic Con. This was about the point that traveling was becoming hard, and so was keeping memories separated.

I’m not sure exactly what I was trying to do with this shot honestly.

Ready to go in San Diego.

Wet rat look in Cologne for Gamescom. I didn’t know that the city got a reliable daily 5 o’clock rain. I was halfway across the bridge when it started to pour.

I was having a hard time keeping the fatigue at bay at this point. Having got wet shoes on the first day and wearing sandals on the show floor the next didn’t help.

I know I failed to sleep most of this night, despite lying in bed. 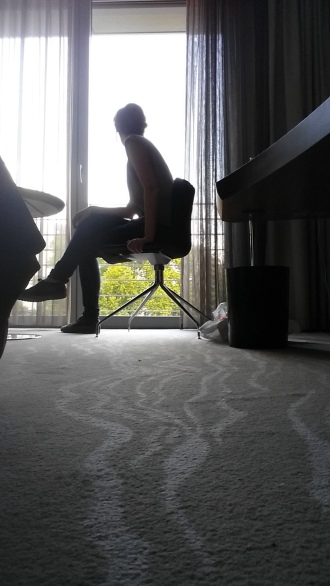 On the last day I could see maybe more then before how cool Gamescom and Cologne really had been. I felt good because I knew I was going on to meet Thom in Venice that day.

Flew from Germany to Venice to meet up with Thom. 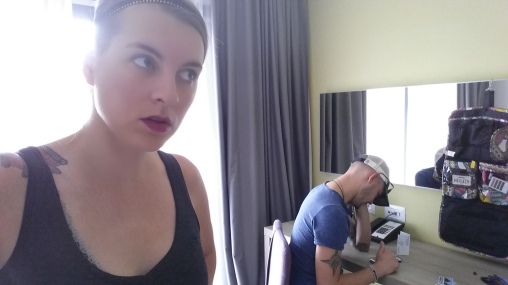 Thom in the background.

Back in Venice. This hotel was maybe a touch disappointing. 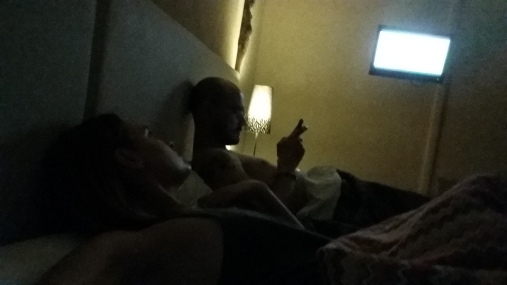 Italian MTV in a hotel by the airport; actually not bad. 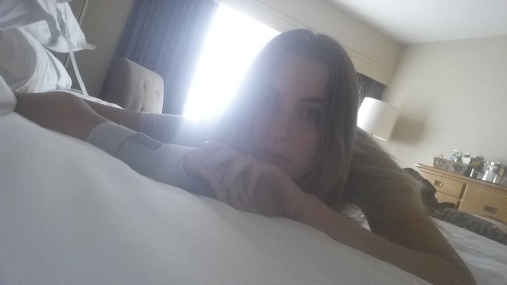 I can tell from this picture how tired I was. At the time I thought I was doing ok though, considering I’d turned around from Europe and went to Seattle just a couple days later. 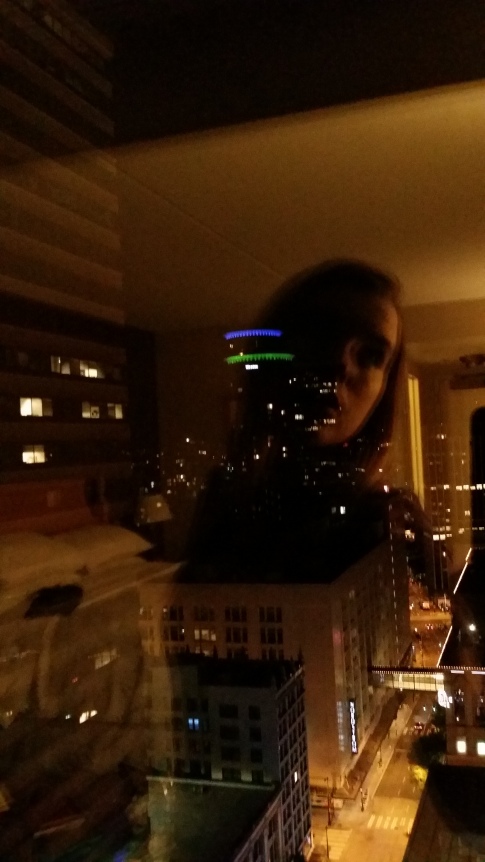 Put myself on Seattle. 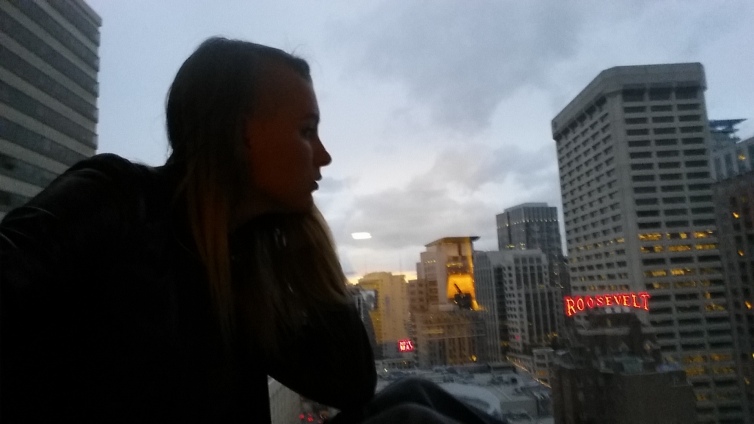 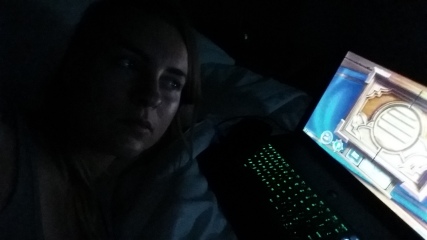 Hearthstone, some hotel room, I’m not sure where.

Novato, CA, at the start of the press tour “gauntlet.

The choice between Vita and sleep.

Another New York morning. This time, a one night stop between CA and London. 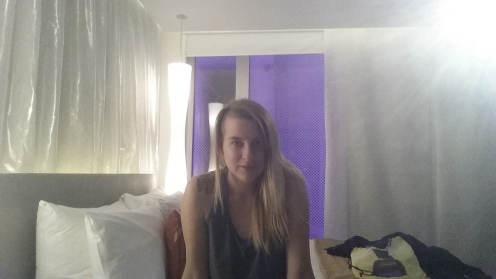 I thought I was going to die in New York, but by the second day in London I’d caught another wind.

I stole that book. 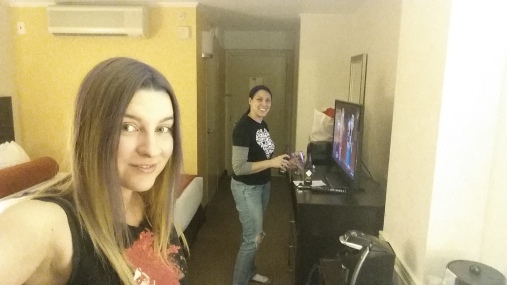 I think we are both playing the video games. 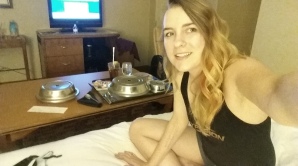 A hotel room that isn’t mine. The traditional marketing team tradeshow work party. 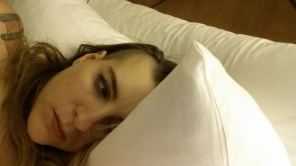