In the days since the march, I have heard people saying that marching doesn’t really do anything, or asking “What does marching actually do?”

The march tells us we are not alone – other people have the same concerns and fears, and are frustrated that they haven’t been heard.

When you know that you aren’t alone, you can take action in other ways – why write your congressperson if you think that your letter will be a single one pertaining to one concern? When you know that others feel the same way it is easier to write a letter with the faith that yours will combine with others amplifying the sentiment.

It lets us exchange ideas.

It lets us say that we believe we matter and are willing to stand up for that.

It lets us say to other people and other groups that they matter, that we will not quietly ignore unfairness towards them.

The full collection of photos I took at the march are on Flickr: 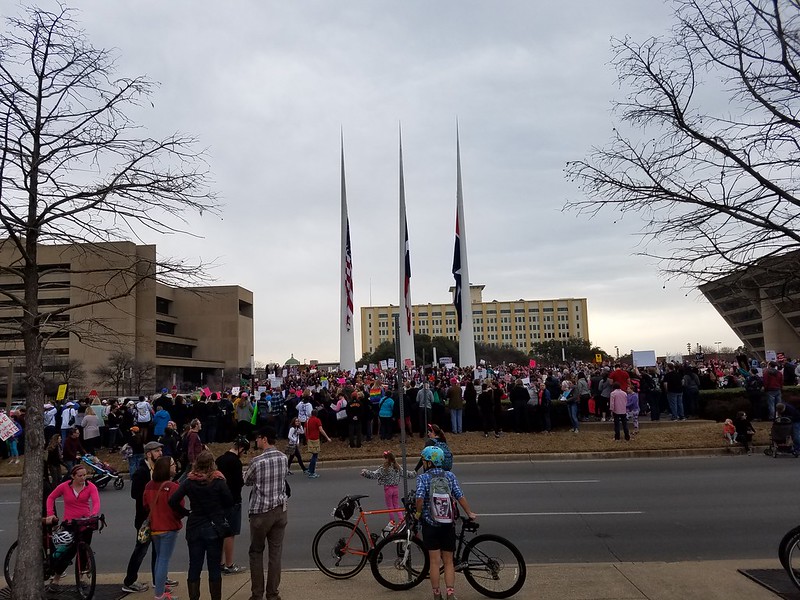 A little video footage is here: