Before we begin this post, I’d like to just point out that someone actually found my blog by searching for “best cars to sleep in”. That is something to be proud of.

What to Bring When Sleeping in the Car

Most car sleeping situations fall under either all night sleeping as a hotel replacement, or spontaneous napping on days when one seems to be having some difficulty with one’s lifestyle. This packing list applies mostly to the former, but if you’re the sort of person who keeps things in the car, some of these items might happen to come in handy in the later as well. 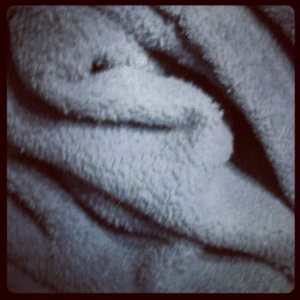 – A blanket. It may be tempting to grab a small blanket, thinking that room will be saved, but I find that extra blanket size is essential for feeling reasonably warm on cold nights.

I made the resolution to always travel with a blanket, ironically, not when car camping but while staying in a cottage on a modeling job. The resort ran out of blankets, I slept in a pile of towels and a coat that was in my trunk, (for three nights) and I swore to be prepared ever after. The travel blanket has served me well sleeping in cars, and also one night sleeping in the unheated entry way of DFW airport.

My preferred travel blankets are very soft, fuzzy chenille (aka fur). They can be rolled up pretty small, the “fur” traps heat, and they can be machine washed. If you’ll be car camping with another person, you may want to bring two blankets. Odds are 4 to 1 that your buddy won’t bring a blanket, and if that happens, s/he will try to steal yours. 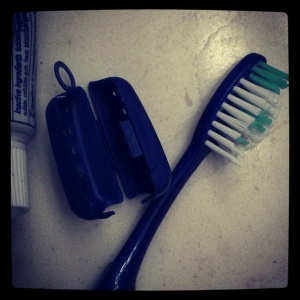 – A toothbrush and mouthwash. Oh and also toothpaste. It may be sort of obvious that you should bring a toothbrush when traveling over night, but just in case..  There may not be a sink where you park your car, but that’s ok. Just spit on the ground. (You can Instagram the spit patterns to show your friends.)

I never really feel like my teeth get as clean when brushing in the outdoors (even though there’s no logical reason for that) so the mouthwash is to give  an extra kick of clean feeling. Also if you happen to have any mouth piercings, the mouthwash is a necessity. 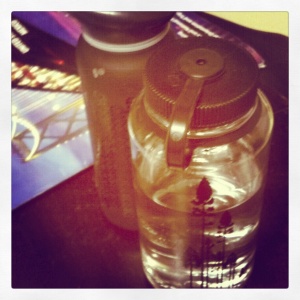 – Bottled water – more than you will reasonably need to drink. Chances are, you probably won’t sleep as good as normal in the car. Not being dehydrated is a good way to offset the feeling like shit that can result from not sleeping fabulously. Also, if you will be brushing your teeth in the nature, you’ll want some water to rinse the brush off. 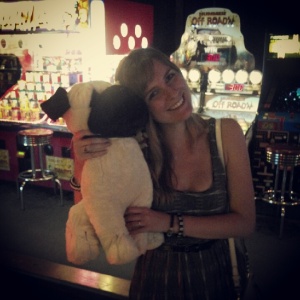 – Novelty oversized stuffed animal. These make great pillows. If you leave them in your car constantly, you car use them for impromptu napping, and the argument could be made that its less odd than having a pillow in your car. (I can see it either way..) 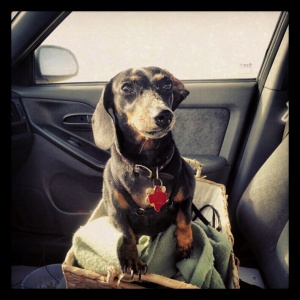 – A small dog. This is entirely personal preference, but they make awesome personal heaters. They also serve as alarm systems. 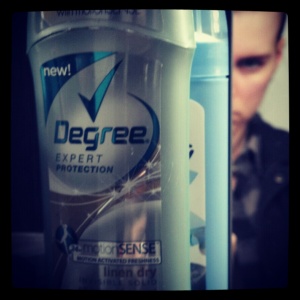 – Deodorant. You should have this with you when traveling over night anyway. Its also not bad to have around all the time. I have a slightly melted deodorant in the hidden cargo area of my Subaru, next to the jumper cables. Its come in handy when I’ve had a discombobulated morning and realize I didn’t put any on, or when someone I know realizes they didn’t put any on.. and on those days when I suddenly get the distinct impression that the deodorant I did put on has suddenly stopped working. 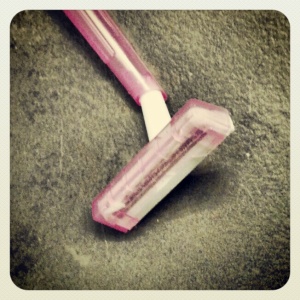 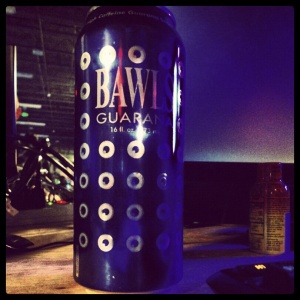 – For impromptu napping: a can of your preferred energy drink. When you are absolutely too tired to keep going, but you have to keep going, park the car and drink half the energy drink. Set an alarm for 30 minutes later and let yourself fall asleep. Wake up and shake it off when the alarm goes off, and continue to sip the energy drink as you resume driving. Yes, I know they are terrible for you, but so is falling asleep while driving. 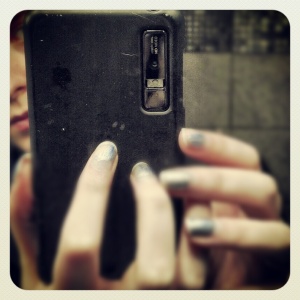 – A smart phone. This is for setting alarms and Instagraming pictures of your toothpastey spit.

Where to Put Your Car When Sleeping

Most state parks have campgrounds; however, they will charge for the site. Some state parks have open, camp-where-you-want policies. Mustang Island in Texas will even let you drive on and camp on the beach. A twist can be put on this when canoeing – park one vehicle along the river and stash supplies in it. Then when you reach that point at the river, you can access supplies that you didn’t have to carry, and also wimp out and sleep in the car if there happen to be monsoon rains.

In the southwestern states, there are two kinds of rest areas – the kind with buildings and bathrooms, and the kind that have trash cans and no builds where truck drivers sleep. The Midwestern states seem to have only the first kind. I do not recommend parking to sleep in the bathroom and building kind of rest areas. Especially not in the Midwestern states. Rest areas in Midwestern states are where people go to get killed by serial killers. (Okay, so there was one incident I read in the news when I was a kid that colors my judgement on this, but strictly logically, they have large parking lots that aren’t well lit, they generally aren’t staffed, and there often aren’t many people around.)

The kind of rest area where truck drivers sleep can be a decent place to sleep in the car, although I admit I’ve never been ballsy enough to do it alone. However, even in the middle of the desert, I’ve never seen one that is not well populated. Since they tend to be small, the concentration of people in the area is high. (I base my feeling of safety both on logic and magical belief – I hope that statistically most people are good, so the presence of good people makes doing anything there inconvenient for bad people.) The problem with these rest areas arises when you wake up and immediately need to take a piss. You will probably have to do this behind the side of the car, or behind a picnic shelter if its a really nice rest stop.

When car camping alone, I have a definite location preference – Love’s parking lots. They are well lit, there are bathrooms there, there are tons of other people doing the same thing.. and you can also buy ponchos, creepy furry cat figurines, and taquitos there. In the interest of full disclosure, I still never feel like I can close both of my eyes all the way at the same time. I’ve alleviated this feeling to some degree by relying on small dog alarm (her small scale violence isn’t a deterrent, but at least I will be awake..), by telling myself how unlikely it is that anyone would attack me, or by driving until I’m too tired to be concerned with much aside from sleeping.

..But My Car Doesn’t Have a Shower!

I always assumed that this was common knowledge, but it has come to my attention that people who didn’t grow up at the intersection of I57 and I70 don’t know this, so just in case – truck stops have showers. You pay the fee and (if they are busy) you wait around playing arcade games until they call your number.