I have so many things in my backlog that I have given up on ever posting, due to the lack of immediacy I’m left with after having let them sit so long. But I’ve decided to give up-to-the-minute-ness the finger, and start posting the backlog anyway, timeliness be damned.

In the interest of that, here’s a drink that I discovered so long ago that its back in season.. If you are under 21, cover your eyes, stop reading, and if you’ve accidently seen the picture already, go wash your eyes out with soap. 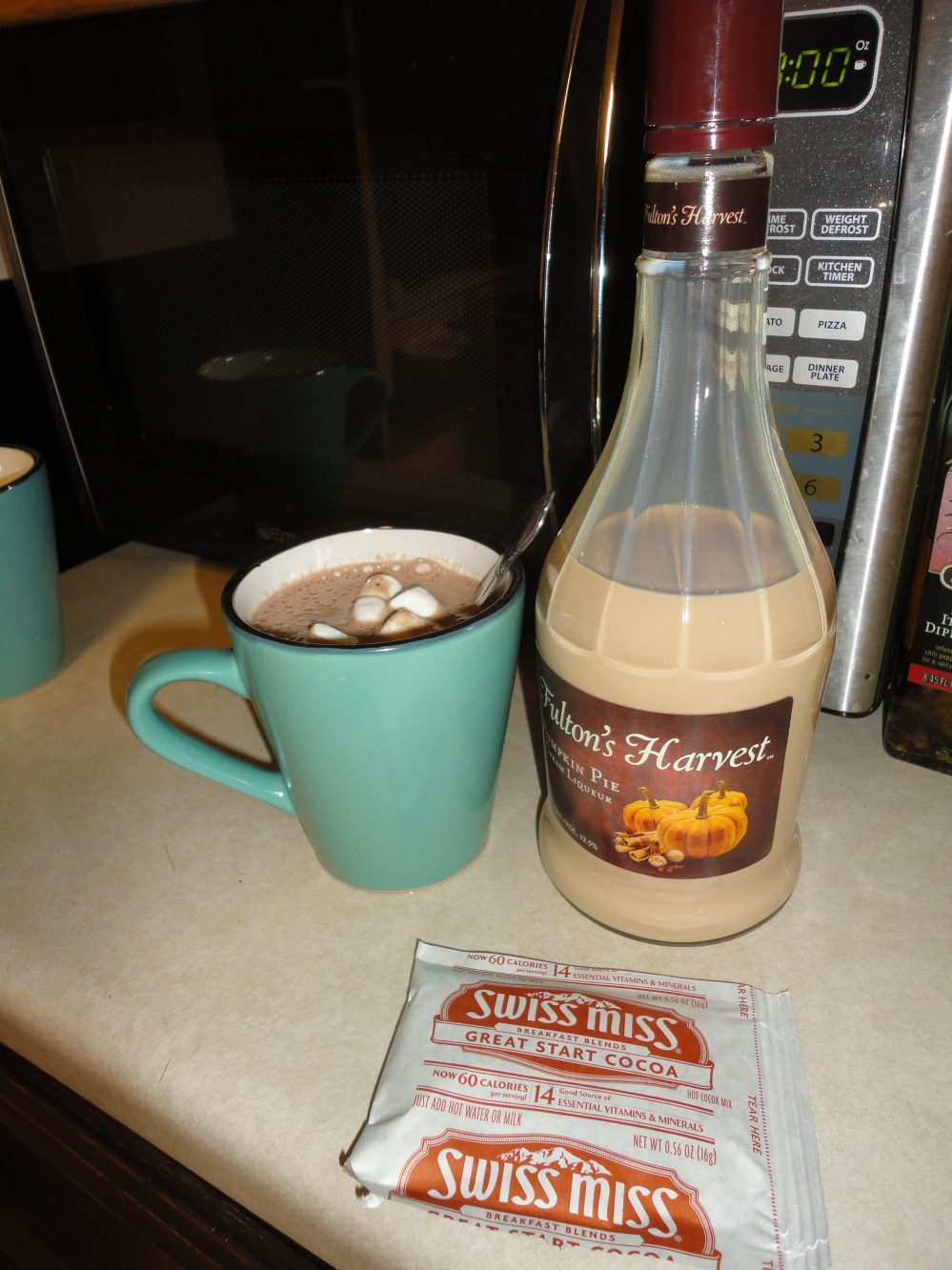 This is so simple that you really shouldn’t need anyone to tell you how to make it, but you might not be aware of the glory that is Pumpkin Creme Liquor, so I’m telling you anyway…

1. Take a package of instant hot chocolate and dump it in hot water. I’m overly excited about Swiss Miss Great Start Cocoa, because it only has 60 calories, and it also has vitamins in it so you can pretend they aren’t empty calories. Honestly, it tastes a little not very creamy when just made with water, but you won’t have to worry about that. Anyway, stir the damn cocoa into the hot water.

2. Pour Pumpkin Creme Liquor into the hot cocoa. The brand I have is Fulton’s Harvest. I don’t really know if this is a common brand or not, but I happened to see it at Spec’s. On its own, it tastes a little like artificially flavored syrupy liquor, but you won’t have to worry about that. According to the internet, the liquor is pretty calorie heavy – 144 in a 1.5 oz pour, just for the record. I probably don’t pour it that heavy; this isn’t really the kind of drink that’s meant to punch you out. I think it tastes balanced with about .75 oz. (that puts you at about 132 calories for the drink, pre marshmallows. So its really not a “light” drink, but that’s not the point. Point is its an awesome drink, and I’m providing estimated calories in the interest of full disclosure.)

4. Put on marshmallows or whipped creme if you wish.

5. Drink. For best results, drink while watching Supernatural, Are You Being Served, or while playing Skyrim. I’m sure you could safely drink it while watching other television, but I haven’t tested it, so I can’t in good faith recommend it.